‘Views From The Cockpit: The Journey of a Son|An Interview by Sade’ Stephens 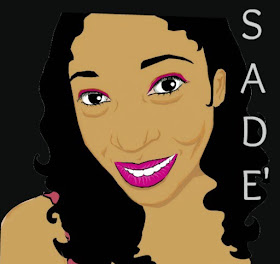 As it happened with author Ross Victory, life has a way of pointing us in the right direction. When Ross lost his father four years ago, he turned to his natural creative abilities to grieve. He decided to take a writing class specifically for those dealing with grief. After his mother and friends questioned him if he ever considered writing a book  surrounding his father’s death, it planted a seed for him consider what that book would look like. From there, “Views from the Cockpit: The Journey of a Son” was born. I had the chance to speak with him about some of the themes of ‘Views from the Cockpit’
and his general experience since releasing the book on Father’s Day this year. The author
shares how this all got started.
Q. Why did you write Views from the Cockpit and what is it about?
A. I wrote to myself for healing. I lost my dad two years ago… it was to memorialize his memory.” He went on to explain how he feels like the situation is getting further away from him now. This book was his Labyrinth and and maybe with time, it will allow him to get closer to himself.
I didn’t expect all the processing and healing to go on. I wrote to understand and release all that stuff.
We put a lot of weight on parents. They are just people out here trying to make it. That’s what the book is about and to answer the question,  how do we see our parents as a person.
The book is about his relationship with his father. It opens with him discovering his father
as a victim of elder abuse at the hands of a much younger wife. Ross described her as, 'not emotionally equipped' to deal with his ailing father. While the book is centered around their relationship starting from a younger age,
it also covers an array of elements. Ross says, “it’s also about dealing with loneliness and feeling
abandoned by people who are supposed to be there for you. It forces readers to take account of their relationships and where they stand with people no matter the relationship. 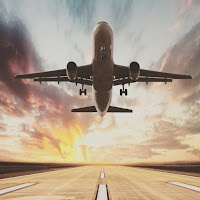 Q. Where did the title come from?
A. I asked my dad what were our earliest happiest memories. He said some of our favorite times together were watching planes take off from LAX.” Ross says, the title is kind of a metaphor for life and relationships which describes the whole book.
Q. How did you decide to use excerpts from your actual journal? Do you think it helped
shape the book?
A. I took a ‘Creativity through Grief’ class. The point of the class is to use the pain you feel and give it color and description- make it something creative. I started to think about putting that into a story line. It felt like it was happening to people in the book not so much myself. It was so freeing. That process itself helped me take a step back and look at things objectively.
Q. There were a lot of topics that relate, like divorce and religion. It seems like the book
hits on so many subjects. Explain how those subjects came to be a part of ‘Views
from the Cockpit’
A. I feel like that hit on so many things because of the journal aspect. I literally wrote to myself about any and everything that was coming out. Ross says some of the main subject
in the book are acceptance, love and forgiveness. At some point in our lives, we will ask for the same from others. We could see by others’ examples of what that would  look like and more importantly to apply it.
For years, we never knew why my parents divorced; so, all this animosity grew and no one was communicating.” “Bombs would be dropped and no one would talk about it. Situations were happening at home, but everyone involved would just sweep it under the rug. People are
going on and praying about it, but there were no real work being done to mend relationships.”
He also revealed that  sometimes his parents were emotionally unavailable. It was enough for them to go back and forth to work and they didn’t have anything left..
Q. What about religion? You mentioned it is almost  like a character in the book.
How so?
A. There is this character named Tiffany Church. It’s a place,  an actual property. People
focus on this church, yet it created wedges in families… the church holds all this power in the background. He describes religion more like a powerful character that hovers in the background, silent.
Q. The paperback version of the book has been out for a while, so have you been getting
feedback from your readers. Are there certain subjects from the book people are
responding to more than others? 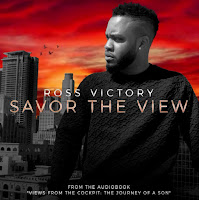 A.  A lot of men are responding to the father- son aspect.
A lot of men without a relationship with their fathers or those
who have had a great relationship and now as adults, they are estranged. A lot of people are beginning to talk more about their fathers. We start to talk about forgiveness and looking at your
dad as a human.
We have conversations about what was given, how they were raised, what kind of skills did their parents provide and how did that trickle down to them.
Women have responded to my mother’s role in my life. Women have talked about my mother being a queen.  Ross describes his mother as a ‘Black Women boss.’
Q. You describe yourself as a millennial in many of your profiles. Do you feel millennial
have different views on mental health?
A. Oh my goodness yeah. I feel like they (older generations) look at situations  in life
as something that just needs to be pushed through. So ya know sometimes things
will happen and they would be like ‘OK’, we are going to ‘Push through’ or
‘Pray about it’ or they will say ‘Oh’ This family member is crazy or they are  ‘Off’.
I think now, as millennial, we have been gifted with the language and awareness.
I don’t know, we are just more open to explore solutions.
We are more likely to say this person is depressed or suffering from PTSD instead
of saying this person is crazy. But at least now we have language and knowledge
to look deeper into people’s experiences vs saying get over it or we will pray about it.
Q. How have readers responded to mental health aspects in the book
such as depression?
A. Surprisingly a lot of men have come to me privately off the record to say, ‘hey I’m suicidal right now’ or ‘hey, I want to get help’, but I don’t know how. I feel like a lot of people are feeling it, but not saying it. I feel like me adding my story is part of me to lessen the stigmatization .... how do we get people the help they need and deserve- especially with the pressure on men. It’s like we aren’t supposed to feel anything I guess.
My dad wasn’t even a macho guy, but even with him. he wasn’t emotionally
in touch either.
It’s (depression) something everyone goes through both men and women.
It’s just something we have to talk about, so people would know they are not alone
and it’s safe to share. 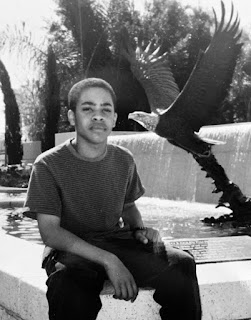 Q. In what way do you think millennial could change the way mental illness
is viewed for future generations?
A. We could go in whatever direction we want to go with it. We have seen so much.
We have access to the Internet. We grew up on all these world wonders like the Internet
itself. I want to believe we could dictate what happens for our children and the next generation.
There is so much work to be done. People don’t have the economical access. One of our
challenges will be, how do we create access for the people who need it? People have
things going on with them inside and we know, ‘OK’,  it’s called this or that, but then what?
How much does that cost? How do we get real help for people and normalize the access?
Q. What advice do you have for those going through emotionally challenging times?
A. The steps I took are not to be duplicated. I feel like sometimes our bodies tell us
what they need to do next. Listen to your body about what changes you need to make.
A positive change would be to speak to someone.
I think we are made to know what adjustments we need to make. I also realize
you can feel helpless. It’s really tough. We have to realize our paths are our own
and we can’t expect to mirror anyone’s solutions. I would suggest reaching out
to someone you could confide in privately.
Q. What’s on the other side of anxiety and loss?
A. I feel like my dad’s loss doesn’t hurt as much. It doesn’t feel like a painful thing more like an experience. Me as a person, as a man, I feel better in my own skin.
l like this level of freedom and weight off my shoulders.
Literally as time goes by, I feel better in my own skin. I think it’s because of this
project and this act of writing. Maybe there’s a time factor, but I feel like I’ve had a lot of growth in myself I didn’t expect. For that reason, I would encourage everyone to free themselves from anything you feel that’s holding you back. It’s worth it for
the possibility of feeling peaceful. 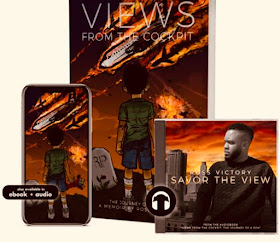 
‘Views from the Cockpit’ is a multi-layered tale delving into family dynamics,
depression, religion, resentment and eventually coming to peace and ultimately
finding resolution with all the mess life’s circumstances dumps on us. Ross’s journey
as expressed in ‘Views from the Cockpit’ has something for everyone. Ross started
writing the story with a father- son relationship in mind, however, if you’re an average
reader, an avid reader, a parent or school aged student, you will take away
something positive and fresh from this book from Ross Victory.
Hotwordz Lyrical Theatre at 1:51 PM
Share